Sometimes working for a big company we get so busy in executing orders we forget to think about REAL human values.
Posted by Prateek Narang at 3:40 AM 2 comments: Links to this post

Steve Jobs has passed away

Steve Jobs, a visionary and creative genius passed away today. World has lost a legend. My sincere condolences to his family.
Tribute on Apple.com
Posted by Prateek Narang at 1:12 AM No comments: Links to this post

I always believe that all of us have an urge to "do work that matters". I also believe that we all have at least one, all, or something similar to these aspirations

Even then, most of us feel that we are stuck at the starting line and just wait for the right moment to arrive. This small manifesto, by Seth Godin, can give you the small push needed to start something, start something now, without waiting.
Posted by Prateek Narang at 7:54 PM 3 comments: Links to this post

What Does It Take to Create an Opportunity? 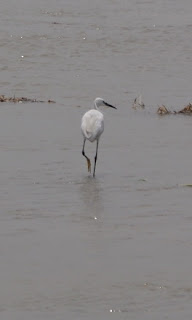 Ajay works in a software development center in India, they call it captive unit. His team is distributed geographically; half of the team is in USA and half in India. He is with this organization for quite a long time and until recently never thought to leave it. Well, definitely for some reasons. He considered himself well paid. He earned respect from his colleagues for his work and intelligence. More than anything, he enjoyed his successful STATUS among his friends and family. Recently, he started feeling to do something more. Ajay knew that his definition of “more” was not something very fancy like his organization’s Mission-Vision statement. But he was clear that he wanted to do something UP in the value chain, where he can perform some creative work and challenge his comfort zone to learn new things. He was hitting the ceiling within the boundaries of work; he was doing for past couple of years, almost of the same complexity. He was worried that if he keeps on doing the same work his growth was at stake. And, in spite of adding number of years in his experience, he would just repeat the same work every year. He questioned himself, 10 years of true experience or 1 year of experience 10 times?

Read more »
Posted by Prateek Narang at 5:34 AM 7 comments: Links to this post

Are Your Lights On?

Have you ever had a day when things didn't go your way?
Have you ever felt that you solved a really tough problem but, other than you, nobody is excited about it?
Have you ever wonder why obvious problems were not so obvious to your boss?

In Search Of Problems

﻿﻿
﻿﻿Isn’t it fair to assume that everybody wants to do something good, something meaningful? And too often, we find ourselves stuck, simply STUCK. At times, we may feel that what we do at workplace is just a routine work. Sometimes entrepreneur inside us become alive and our heart aches to start something on our own. Or sometime we just get bored with things in hand and really need to do something new.  That’s when we should search for the problems, lying unsolved around us.

Read more »
Posted by Prateek Narang at 9:34 PM 2 comments: Links to this post 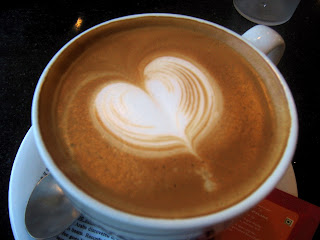 Man has invented lots of amazing things and coffee is one of them. Throughout the day, whenever I need to slow down and re-energize, a cup of coffee comes to rescue. I really love the sight, and smell of the coffee.

Read more »
Posted by Prateek Narang at 4:33 AM 5 comments: Links to this post